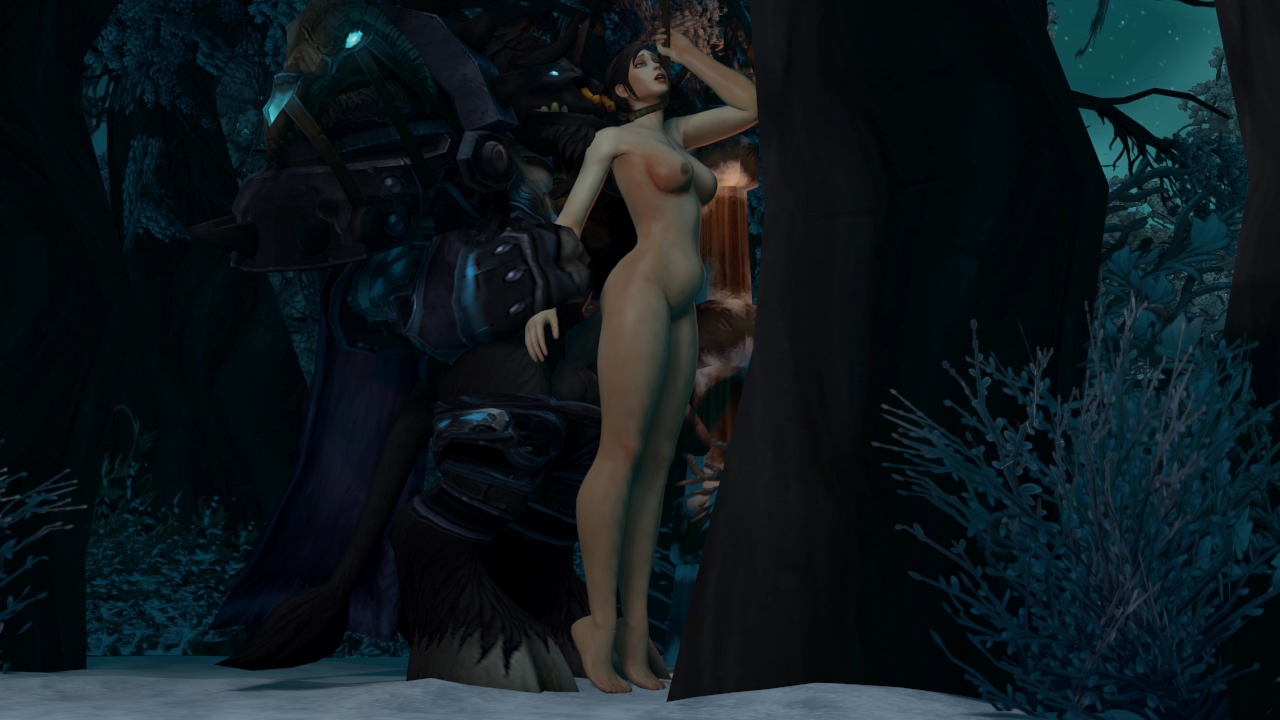 As she had been left to die, hanging from a tree, she struggled to keep herself able to breath, holding herself up with her arms, planning to climb up and untie herself once she gathered the strength, but before she could do this, to her surprise a Death Knight approached her. Her eyes widen as the Tauren would remove his massive length from his plate legs and stroke it, before moving behind her, pressing himself forcefully into her body as she hung there, clearly wanting to use a much more creative way to kill a enemy of the scourge, she would struggle to keep herself alive as the Tauren had his way with her.