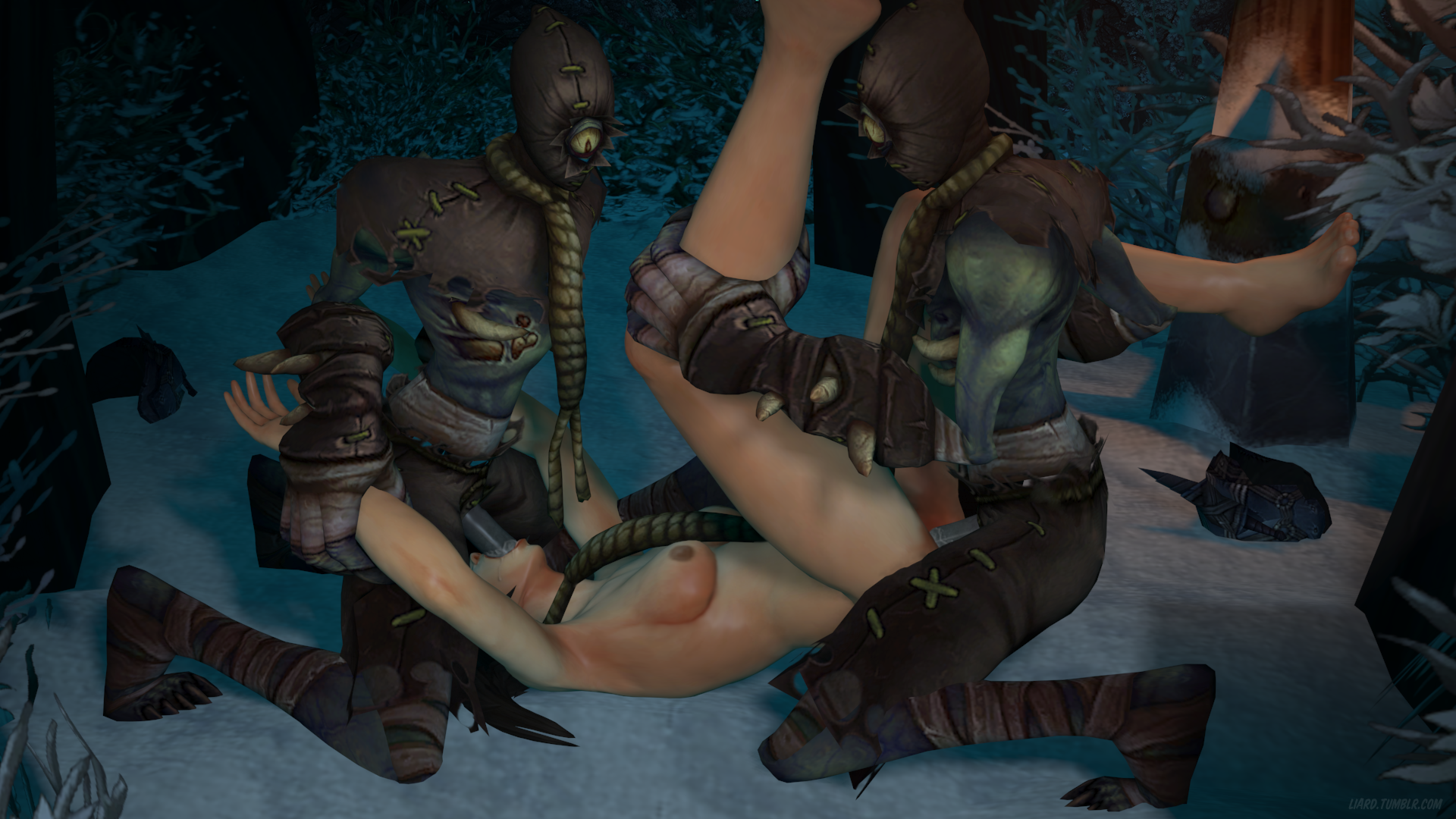 Being beaten and thrown to the ground by the surrounding scourge, two geist close in, expecting to be torn open and devoured by the beast, she would kick and swing with what little energy she had left, but to the rogue’s surprise they began tugging and tearing at her clothing, ripping her leathers off of her and stripping her of her mask, before both of them quickly overpowered her, putting a noose around her neck, knowing she was going to be made into an example, but instead of killing her, the geist decided to have their fun with her instead.